Kristen Stewart would rained down bats and top spot on the worst dressed lists now been exalted by designers as the trend of the season.

Long ago sneakers seized the street style and many collections of ready-to-wear, but ah not until this season when haute couture (Chanel and Dior to be exact) has also been given to sneakers . 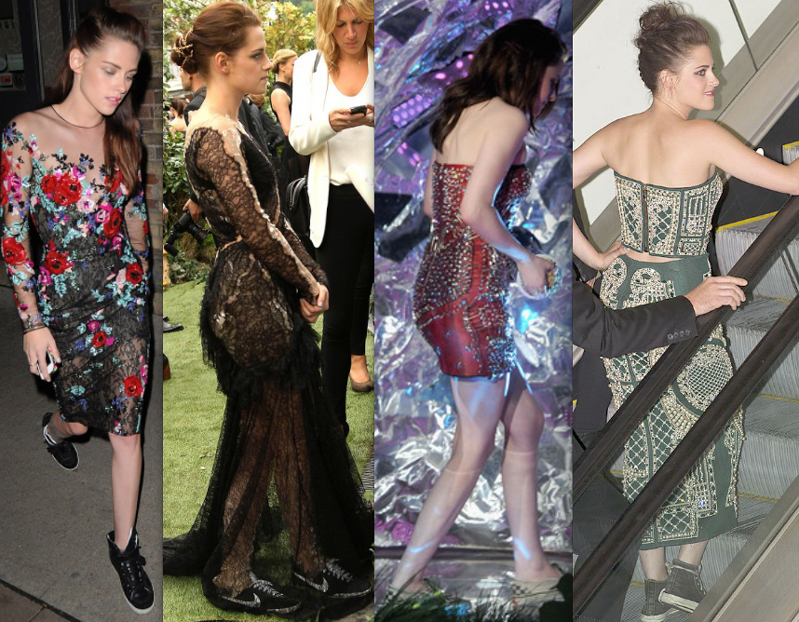 If something’s appearances are characterized Kristen Stewart on the red carpet is changing heels to sneakers actress made as the last flash of the camera turns off that portrays him before the photocall of turn, which does not prevent Let us all witness this exchange.

Zuhair Murad, Marchesa, Balmain … there are many dresses with which we could see Kristen Stewart in the premieres of his films and all end up being accompanied in the same way: with a pair of Converse, Vans and Nike sneakers . And precisely this gesture that could have done that Stewart is being tempted with a juicy contract to be the new image of Nike.

Who is laughing now fashion critics?